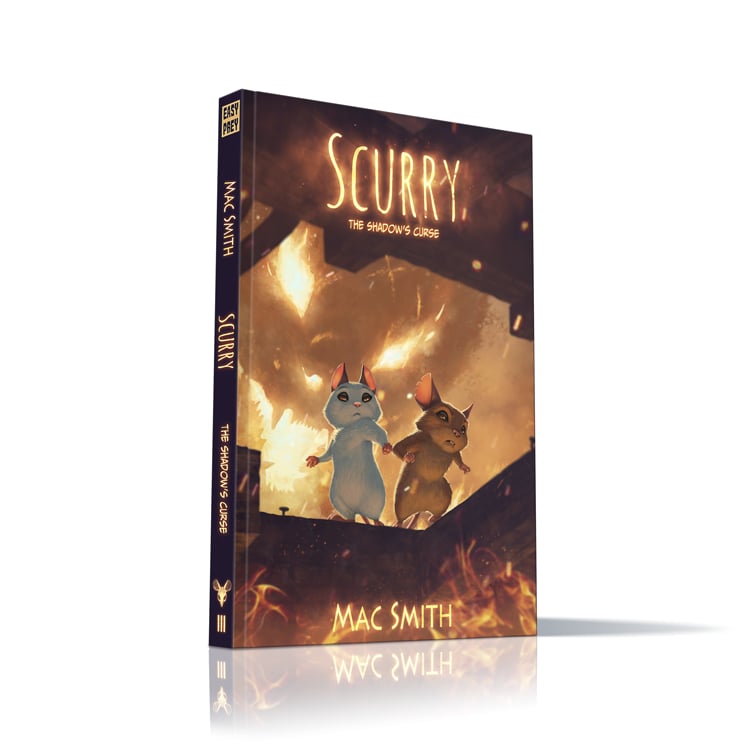 Scurry Book 3: The Shadow's Curse. This is the hardcover of book 3 in the Scurry series.

Deep in the woods, Two mice make a terrible discovery and rush home to stop their elders from making a mistake that could lead to the destruction of the entire colony. But a ruthless gang of traitors, fed up with the elders’ dithering, plot to take control and force the desperate colony to move to the city, where they are convinced that riches beyond imagining await.

But the city is dead, as well as anyone foolish enough to venture near it.

Meanwhile, ravenous wolves stalk through mud and debris in search of helpless prey left exposed by recent flooding. A small band of surviving wild mice, washed out of their homes by the raging waters, huddle in an abandoned building, hoping they aren’t discovered by predators.

Behind the scenes, a strange trio of witches study the vines and listen to the winds, hoping to divine the future and rid the land of a deadly curse that was caused by forces even they can’t understand. They know the little mice have a big role to play, but can the witches’ prophecies be trusted?

US orders ship within 1 week.
Non-US orders allow 2-4 weeks for delivery.
*International customers will be responsible for any duties or VAT fees your country may require.